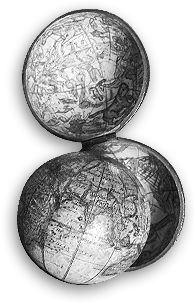 Each chapter comprises a complete analysis or ‘deconstruction’ of the major scientific paper announcing the discovery of the decade.

1900s: The Interpretation of Dreams Max Planck and the predawn of quantum theory

Planck’s paper contains the first intimations of the quantum effect, a phenomenon that profoundly disturbed the conservative German physicist. His discomfiture is revealed in the way that he makes his announcement.

While Morgan was making the real breakthroughs in the new science of genetics, others such as Francis Galton persisted in the belief that characteristics were inherited in a kind of statistical lottery, providing succour for the eugenics movement.

Given the magnitude of the discovery he has made - of the vast, expanding universe - Hubble is remarkably circumspect in this paper. For good reason, as he must be careful not to enrage professional colleagues and bitter rivals.

1930s: A Handful of Dust James Chadwick and the detection of the neutron

The Cavendish laboratory in Cambridge, adamant that the neutron was a physical object like a billiard ball, was racing against French rivals, who believed it was like a wave. Had either group been able to see the other’s point of view, the discovery might have come sooner.

1940s: The Power and the Glory Science in war: the transistor, plutonium, penicillin and quinine

During the Second World War, science was a vital weapon of attack and defence, yet the talented scientists who are called to their countries’ aid pretend through their carefully dispassionate accounts that it’s all business as usual.

Watson and Crick give the impression of a race against the great chemist Linus Pauling, but this is a smokescreen for a dirtier struggle. The authors cleverly interleave descriptions of real DNA, observed by X-ray diffraction, with their model of it in order to persuade their readers.

1960s: In the Heat of the Night Arno Penzias and Robert Wilson’s evidence for the Big Bang

Two engineers, unable to explain a mysterious residual reading from their microwave antenna, describe the exemplary series of experiments they undertook in an effort to trace it - but at a loss in the field of cosmology, they dare not say what it must be.

1970s: The Gulag Archipelago Science in crisis: man and the natural environment

Even scientists sometimes lose their cool when it comes to the harm done to the environment because of earlier advances. Passion and advocacy take the place of objectivity in papers on the ozone layer, biodiversity, animal behaviour and more.

1980s: The Bonfire of the Vanities Buckminsterfullerene: the third form of carbon

The paper announcing the surprise discovery of a new form of carbon in addition to the well known diamond and graphite is full of serendipity and glee. (You can find much more on this Nobel-winning discovery in The Most Beautiful Molecule.)

1990s: Pulp Fiction Or why there isn’t life on Mars

The uneasy prose of the NASA scientists who announced in 1996 that they had found evidence of fossil life in a Martian meteorite suggests they aren’t so sure, while their logic spectacularly repeats the error made a century ago when it was supposed that Mars’s ’canals’ were evidence of civilization. 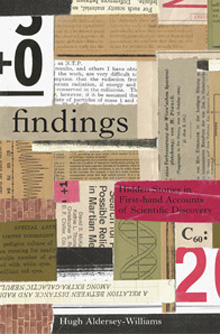